The all important box that awaited me one Christmas more than 50 years ago!  Inside was the American Flyer 21130 Hudson and the Meteor freight set complete with two rail track with realistic simulated wood (plastic) ties ready to be set up in a figure 8 configuration.  It was more than a single digit age younster could take.  I was ecstatic!  The locomotive was substantial, metal, and heavy.  I could now (somewhat) join the railroading world of my parents and run my very own train!  But it also seemed strange.  The locomotive was black and lacked a smooth skin - unlike the yellow and gray beasts I saw roaming the tracks near my hometown station or rode behind on trips to Denver.  Locomotives I would later remember as the E-8 streamlined diesels of my youth looked a lot different than this black locomotive with oversized wheels in the middle.  I may have had a vague understanding of the passage of steam on the railroad and it would take some time for me to develop an appreciation for this type of locomotive design.  I had no real world reference points for a Hudson locomotive other than those encountered as plastic toys in the doctor's office or as electric toy trains.  Despite my joy in receiving this most important of all material gifts, I would sometimes cast a wishful eye at diesel electric toy locomotives.

The box has taken its hits over the years but remains in my possession, though now lacking many of its original contents and being somewhat defaced.  The Hudson was put into service pulling the Meteor freight and would acquire proof its throttle was in the unskilled hands of a five year old engineer.  My father, mother and sister also came to love this set and the many hours of entertainment it provided our family. 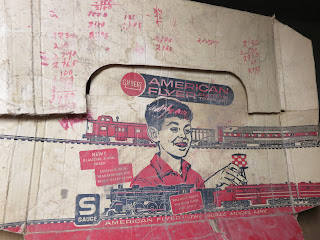 Posted by Unknown at 4:11 PM No comments:

The American Flyer 21130 Hudson came from the 20741 Meteor Freight set in the 1962 American Flyer catalog. Aside from the locomotive and the lighted bay window cupola caboose, the set included a transformer, a figure eight track set, and four freight cars. The freight cars included two electrically activated cars - a "T.N.T" exploding box car and a Southern Pacific lumber unloading flat car. The two remaining cars were a Bordens milk flat car with two containers and, appropriately for the A.C. Gilbert Company, a New Haven flat car holding a truck and trailer used for transporting plastic vehicles. The set retailed for $59.98 in 1962 which would equal about $460 in 2013. I imagine the sacrifice my working parents made for this set with two new kids and a new house with a mortgage. Railroad work, even for union members, paid well. This train set was the most impressive Christmas present I ever received and dad proceeded to set it up on an 8 x 4 table in the basement.

The A.C. Gilbert Company introduced S Gauge trains in 1946 and began production of its final series of Hudson locomotives in 1959.  Series 21130 Hudson locomotives were produced in S Gauge from 1959 to 1964 and were among the last electric trains produced by A. C. Gilbert under the American Flyer name.   Lionel, a manufacturer of O Scale trains, later acquired the legal rights and tooling to produce American Flyer trains and recently manufactured some cars and locomotives designed and sold by the A. C. Gilbert Company.  Requests were made to reproduce iconic American Flyer pieces like the Hudson and we will have to see what Lionel comes up with for a growing and renewed interest in S Gauge trains and the American Flyer brand.

In the early 1960s, life was just beginning for a number of young lads receiving their first electric trains (and a 21130 Hudson).  Unfortunately, A. C. Gilbert, a magician, passed away in 1961 and his company would soon cease to manufacture the inventive toys created under his leadership.
The American Flyer brand, the largest United States manufacturer of S Gauge trains, would remain dormant even following its 1967 purchase by Lionel.   There would be no new product joining the Hudson I received for Christmas in 1962 for, with the death of Alfred Carlton Gilbert, American Flyer trains and S Gauge were gone, too. 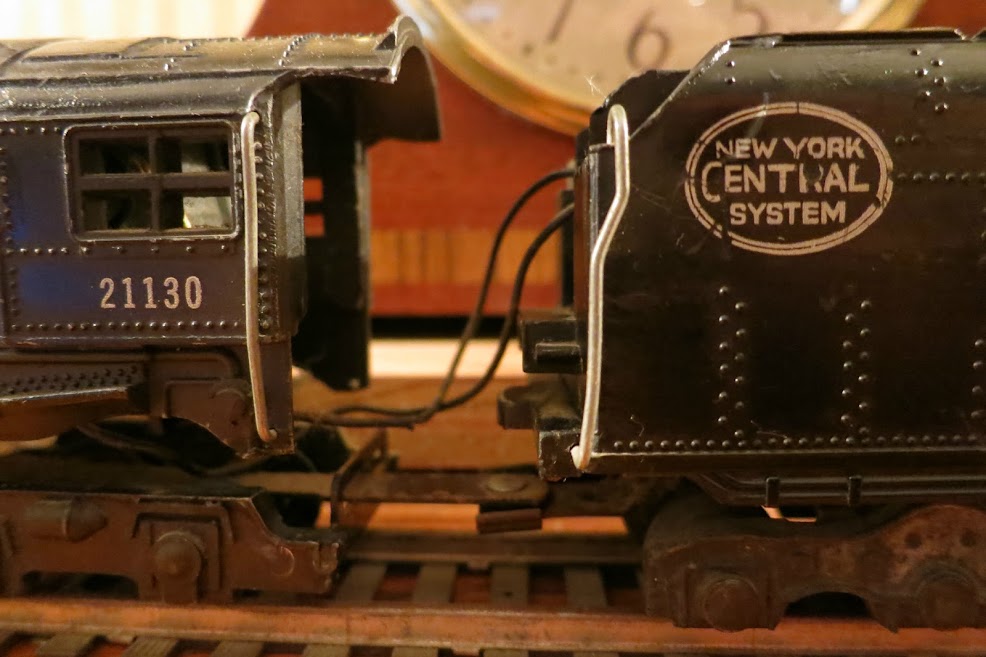 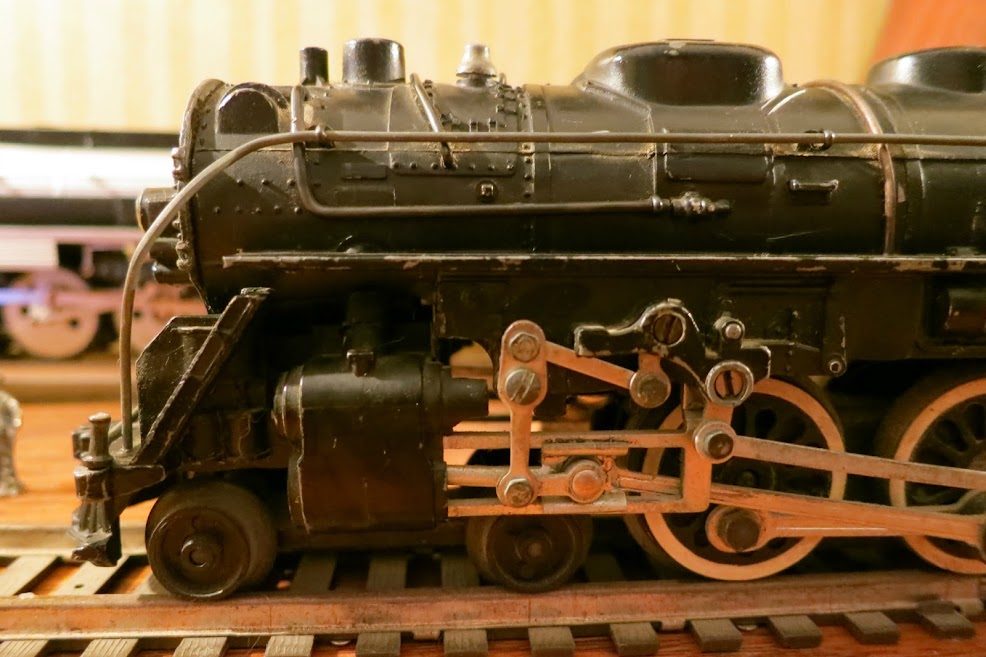 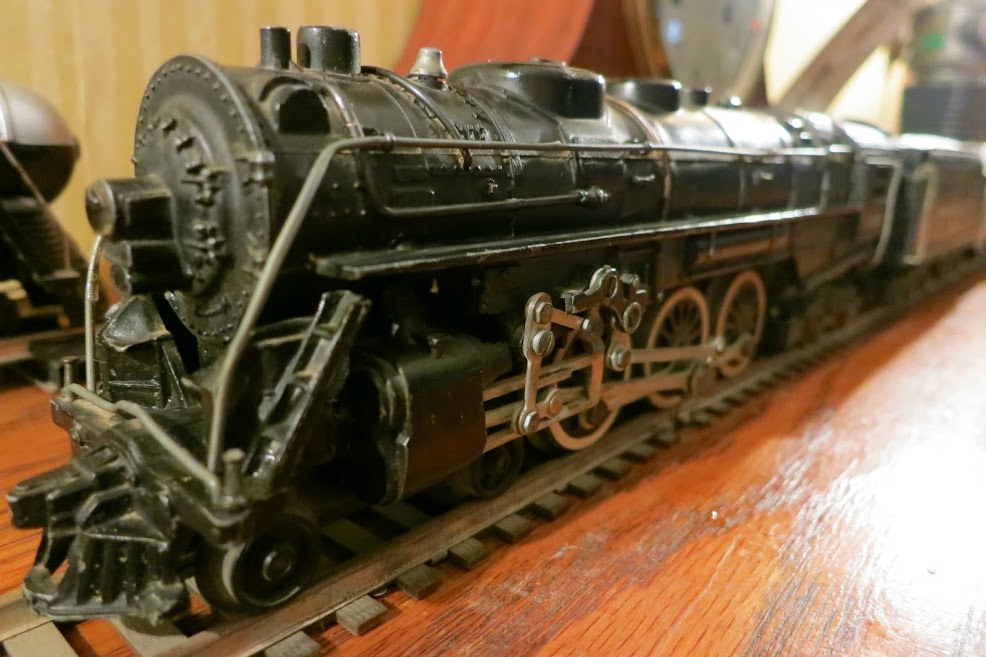 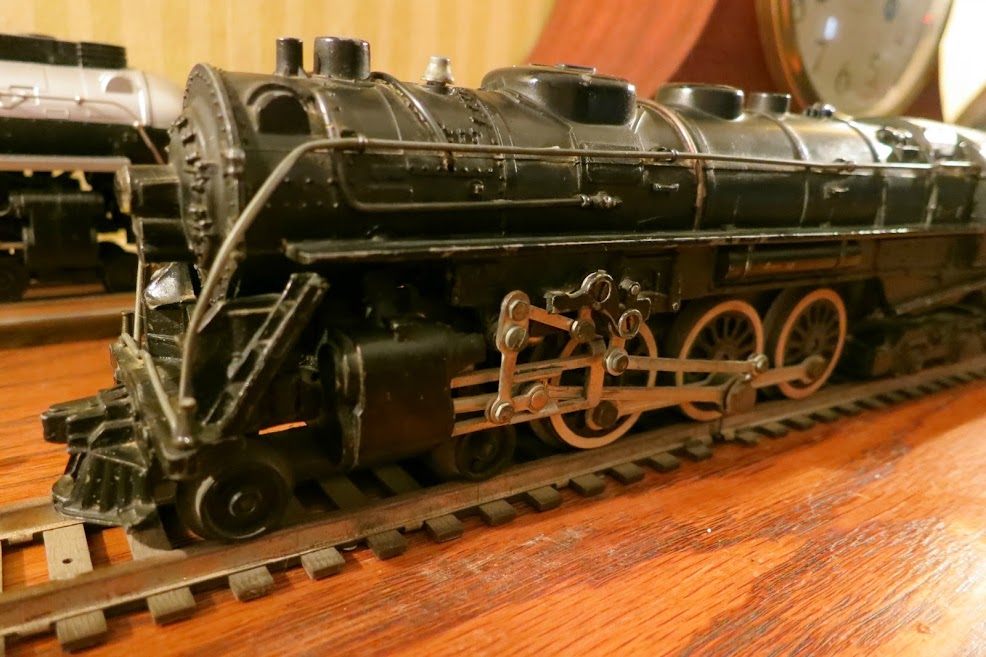 Posted by Unknown at 6:16 AM No comments: